Welcome to the largest Hyderabadi forum on earth! Start discussions about anything from cool eat-outs and value gyms to terrorism, seek help, plan outings, make friends, and generally have fun!

The Green Hills of Earth

The Green Hills of Earth

Let the sweet fresh breezes heal me
As they rove around the girth
Of our lovely mother planet
Of the cool, green hills of Earth.

We rot in the moulds of Venus,
We retch at her tainted breath.
Foul are her flooded jungles,
Crawling with unclean death.

We've tried each spinning space mote
And reckoned its true worth:
Take us back again to the homes of men
On the cool, green hills of Earth.

The arching sky is calling
Spacemen back to their trade.
ALL HANDS! STAND BY! FREE FALLING!
And the lights below us fade.

Out ride the sons of Terra,
Far drives the thundering jet,
Up leaps a race of Earthmen,
Out, far, and onward yet ---

We pray for one last landing
On the globe that gave us birth;
Let us rest our eyes on the friendly skies
And the cool, green hills of Earth.

Cotton Ball Sky : "People travel to wonder at the height of the mountains, at the huge waves of the sea, at the long course of rivers, at the vast compass of the ocean, at the circular motion of the stars; and they pass by themselves without wondering."
-St. Augustine

The Men Of Kham

“I have asked myself why it is that the men of Kham are
so highly civilized in this dour land, and the answer I found
was, because they are great travelers; their horizon is
unbound. They go far into China to trade, and far into
Tibet to worship. They see other civilizations - China, India,
even Burma, and other peoples; exchange goods with
them, bring back new ideas.”

In olden days, men of Kham (eastern Tibet) routinely operated mule caravans on arduous long journeys to the centre Lhasa, and beyond, to Nepal, Bhutan, Sikkim and India. The journeys were anything but routine for these traders dealing in tea, textile, salt, and other basic commodities across the face of the world’s most inhospitable terrain. They entailed traversing the world's highest passes, negotiating treacherous snowstorms, and daring - and battling - the highest “highway” bandits. Their willingness to take such risks for modest remuneration opened a window to the outside world for their own communities. It also made these hardy people knowledgeable about the diversity of their own land and people.


With the tea-trade bustling, the caravan routes became vital arteries for cultural, economic and religious exchange between Tibet and South Asia. Gruelling and danger-laden, these journeys amounted to a vital cultural enterprise, encompassing both the spiritual and the secular, adventure and romance. An ultimate test of character, the raison d’être of the undertaking became trade as much as pilgrimage, material profit as much as spiritual merit. The greater the ardour, the larger the accrues.

We at Khampa Caravan, heir to a centuries-old tradition, take up the challenge of recreating those journeys of lore, offering travellers opportunity for adventure and discovery.

In the autumn of 1995, Yeshi Gyetsa, Dakpa Kelden, and Lobsang Tenzin, crossed paths in Gyalthang, their beloved hometown in southern Kham. Brought up in far and different places, they shared an abiding passion for their homeland. While growing up, they had listened to fascinating tales and songs about their forefathers, who trod and rode along the ancient tea-trading and salt caravan routes across the Himalayan subcontinent. The allure of discovery, of their own lands and people, fired their imagination and propelled them to act: They founded Khampa Caravan.

Here, on This Surge of Hill

Here, on This Surge of Hill

Here, on this surge of hill, I find myself
not as I am or will be or once was,
not as the measure of days defines my soul;
beyond all that a being of breath and bone,
partaker of wind and sun and air and earth,
I stand on the surge of hill and know myself
Below, the stars sink landward, and above
I breathe with their slow glimmer; fields are gone,
the woods are fallen into the speechless dark;
no claim, no voice, no motion, no demand.
It is alone we end then and alone
we go, creatures of solitary light;
the finger of truth is laid upon my heart:
See and be wise and unafraid, a part
of stars and earth-wind and the deepening night.


of children climbing to the summit
and rolling down the other side
scrambling here and there playing
and looking for places to hide.

Munnar is known for the scenic beauty & the marvelous waterfalls, high mountains with the low flying clouds passing by.

In the evening you can go for sight seeing of Munnar which includes the Raja Malai - a top peak of Munnar where you can see Neel Thar (mountain goats). Other important places are Muttupetty dam and Indo Swiss project (you can also enjoy boating in the Lake) and witness tea gardens spread like a green carpet over hundreds of kilometers.

Munnar - The scenic view of cool hillsMunnar is situated at the confluence of three mountain streams - Mudrapuzha, Nallathani & Kundala. 1600 meter above sea level this hill station was once the summer resort of the erstwhile British Government in South India. Sprawling Tea plantations, picture book towns, winding lanes, and holiday facilities make this a popular resort town. Among the exotic flora found in the forests and grasslands here is the Neelakurinji. This flower which bathes the hills in the blue every twelve years, will bloom next in 2006 AD. Munnar also has the highest peak in South India - Anamudi, which towers over 2695 m. Anamudi is an ideal spot for trekking.

NEW DELHI: Delhi is receiving one water shock after another. But guess who is missing. The government top brass is simply absent, either away at hill stations or are busy with official agenda at foreign locales. ...

One Minister ... is in Srinagar and will not return ... With UP clearly refusing to part with water, there is no leader to bargain or even attempt to deal with the stubborn neighbour.

The Delhi BJP Leader said: "We have a problem here and the ministers are holidaying abroad. People do not have water and UP has refused to give any to us but they (the ministers) are having fun. "
Visit:
http://timesofindia.indiatimes.com/arti ... 146416.cms

The picturesque Pushkar is set in a valley just about 14 km off Ajmer in the north Indian state of Rajasthan. Surrounded by hills on three sides and sand dunes on the other, Pushkar forms a fascinating location and a befitting backdrop for the annual religious and cattle fair.

Pushkar has an extreme climate with hot days and cold nights in the summer. The maximum temperature during the summers can go up to 45°C while in the winters it can be below 10°C. There is not much rain during the monsoon. The best season to visit this place is in the winters (October to mid-March).

Pushkar is among the five dhams or pilgrimages that are held in high esteem by Hindus, the others being Badrinath, Puri, Rameswaram, and Dwarka. It is said that in battle lord Brahma killed the demon Vajra Nabh with a lotus flower, whose petals floated down to earth and landed in three places in and around Pushkar where lakes sprang up. According to legends, Pushkar Lake was surrounded by 500 temples and 52 palaces (several rajas and maharajas maintained palaces here for pilgrimage) at one point. The Brahma temple is the most important temple here and is, in fact, the only Brahma temple of India. It is interesting to note that Brahma is not worshipped, even though he is one of the Holy Trinity of Hinduism. Brahma, it is said, had descended on earth to perform a Yajna (fire-sacrifice). His wife Savitri was not with him at that time and the Yajna would be incomplete without her. Therefore, Brahma married a local girl and sat down for the Yajna. Meanwhile Savitri landed on earth and, upon finding this new bride sitting next to Brahma, cursed him that he would never be worshipped anywhere else on earth.

Santa Monica : Fine Beach and Hills To The North 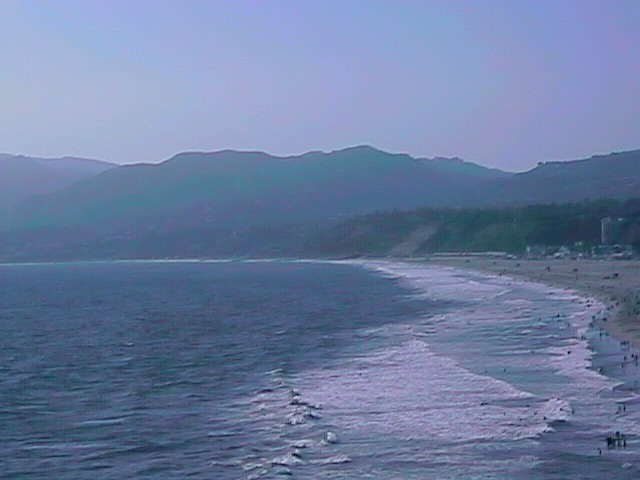 Santa Monica : The Beach and Hills To The North

nice info and links there HH....

u r the official search engine of full hyd....

u r the official search engine of full hyd....

Thank You, "spamtaneous" ... For Liking My "scan-taneous" Efforts To Give Information & Rouse Interest of FHDB Members in Knowing About Places / Hills / People & Events! ... You Cheer Me!! ... Have Great "spamtaneous" Sessions Ahead!!!
Build Heaven & Earth Links!

Some Modern Wonders of the World

Some Modern Wonders of the World -

The Sydney Opera House (Australia) [/b]

Near And Far Hills

Near And Far Hills

ò Simla:
The mother of all hill stations. Favourite haunt of honeymoon couples, holidaying families and young crowds out to have some fun away from home. Packed with a bustling Mall, skating rinks and cosy look-out points. ...


* Devicos, beyond the Scandal Point on The Mall, for its pao bhaji.

* Baljee’s, on the eastern end of The Mall, is a hot favourite in Shimla for its Indian and Western cuisine.

* The Oberoi Clarke’s up-market restaurant for its buffet lunches and dinners.

* The Park Café, also at the eastern end of The Mall, for a quick bite, thick milkshake and good coffee.

The Mini Kashmir: The easternmost hill district of Uttar Pradesh, Pithoragarh is often referred to as Miniature Kashmir.Nestling in a small valley, barely 5 km long and 2 km wide, the town also known as Sore Valley was an important landmark of the Chand Rajas of Kumaon. It is situated at an altitude of 1,650 m above sea level. It is the district headquarter and it's government buildings are housed in the Hill fort of Pithoragarh at a distance of 7 km from the main town. It's population size is 22,000. It is on pilgrim road to Mt Kailash and Mansarovar Lake.

Devidhura: It is 58 km from Pithoragarh at an height of 2,500 m. This is famed for temple to Barahi Devi. Every year a joyous fair takes place on Shravan Purnima on the occasion of Raksha Bandan.

Return to The Hyderabadi Planet!

Users browsing this forum: No registered users and 3 guests

ADVERTISEMENT
This page was tagged for
can you name the hill station from which is it possible to have a glimpse of the sea
new songs कावडं .com
matheran hill station photo gallery
semiliguda railway station
hal sunabeda
Follow @fullhyderabad
Follow fullhyd.com on
About Hyderabad
The Hyderabad Community
Improve fullhyd.com
More
Our Other Local Guides
Our other sites
© Copyright 1999-2009 LRR Technologies (Hyderabad), Pvt Ltd. All rights reserved. fullhyd, fullhyderabad, Welcome To The Neighbourhood are trademarks of LRR Technologies (Hyderabad) Pvt Ltd. The textual, graphic, audio and audiovisual material in this site is protected by copyright law. You may not copy, distribute, or use this material except as necessary for your personal, non-commercial use. Any trademarks are the properties of their respective owners. More on Hyderabad, India. Jobs in Hyderabad.